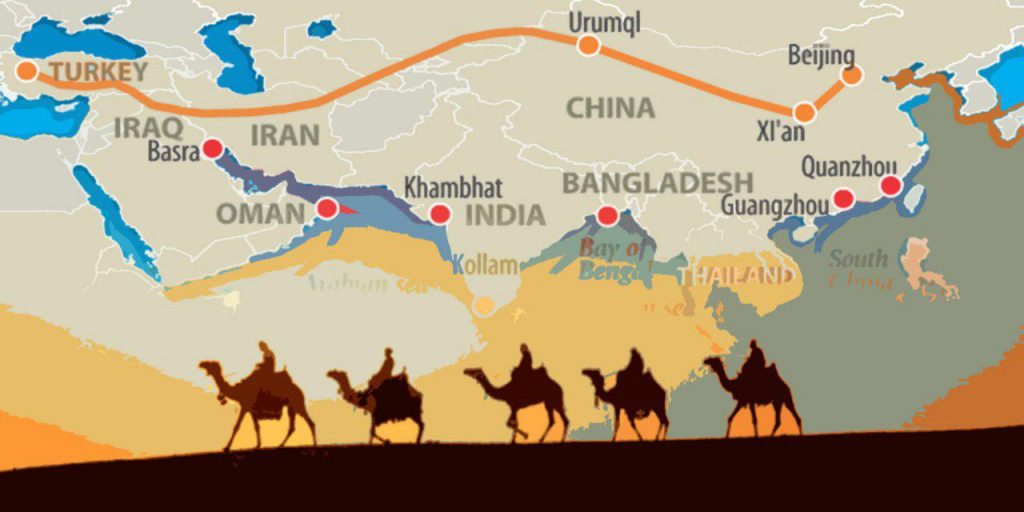 It was in 1990 when China linked its rail system to the Trans-Siberian Railway via Kazakhstan and called its uninterrupted rail link between the Chinese port city of Lianyungang and Kazakhstan the New Eurasian Land Bridge or the Second Eurasian Land-Bridge also called “The New Silk Road”. (The Schiller Institute, Helga Zepp-LaRouche, The Eurasian Land-Bridge, The most important strategic question of today, U.S.A 1997 pp. 19-20 ) 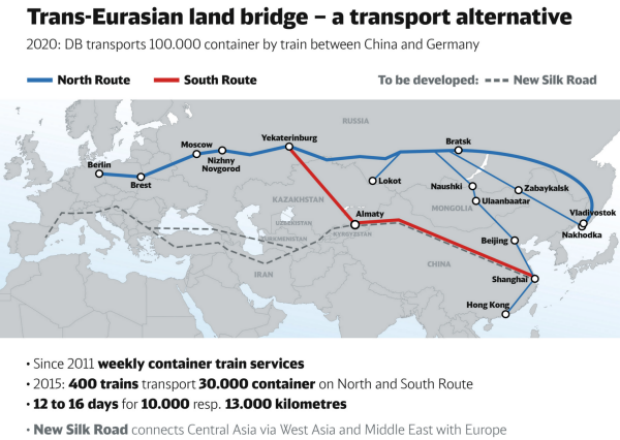 Already In 1996, the Eurasian Land-Bridge conference in Beijing, defined the Eurasian Land-Bridge as the strategic long-term policy for the Chinese government (The Schiller Institute, Helga Zepp-LaRouche, Bad Schwalbach Conference, How to Reconstruct the Bankrupt World, The Eurasian Land-Bridge Concept, U.S.A 2003 p. 29) It is obvious that Eurasian Land-Bridge’s long term plan is to use more Eurasian continent as a “bridge” in the trade between Asia and Europe. For the last ten years China has invested billions to modernize the “New Silk Road” and the Historic Silk Route. It means that in the future rail traffic is directed through Central Asia and the Middle East. These renewed railway lines will open faster, straighter, and more cost effective transit from Asia to Europe.

The railway corridors also open up the vast hinterlands of Asia to trade. This is the area of the largest population growth in the next century and transport lines make it possible to transport many more goods to the area in the near future. The largest concentration of the world population is in China and Southeast Asia and South Asia. One has to look at transport lines as transporting many more goods in the near future because of the population growth. So we are only at the beginning of a gigantic development. Through the new railway corridors there opens huge markets for western export, and even the vast hinterlands of Eurasia will be accessible. Modernized inter modal land bridge services will drop the costs, make export cheaper and deliver growth and jobs in Europe.

In 1995 China and Kazakhstan signed an agreement according to which Kazakhstan gets the right to use Lianyungang habour (north to Shanghai) for export and import. China and Kazakhstan have already signed an agreement on governmental level that both parts are obligated to put efforts to invest more on better railway connections. China is obviously ready to finance construction of new silk routes in other Eurasian countries. The reason is that China has constant lack of minerals which is required for its industry. The industrial growth has created a quickly growing car industry. In the nearest twenty years China will rise its car industry to circa 50 billion cars a year.

Alternative route from China goes through Turkey, passing Kazakhstan, Uzbekistan, Turkmenistan, Iran and Turkey. The problems of this route is weak services and slow border crossing, but these problems could be fixed. China’s railway dialogue with Turkey is only a part of China’s strategy to connect its inner railway network to Eurasia. China’s One Belt, One Road policy is designed to open up the old Silk Road routes and bring new trade opportunities,. The goal is to create world’s biggest economic zone and integrate the railway systems of Europe, Russia, Middle East and Africa into Eurasia. 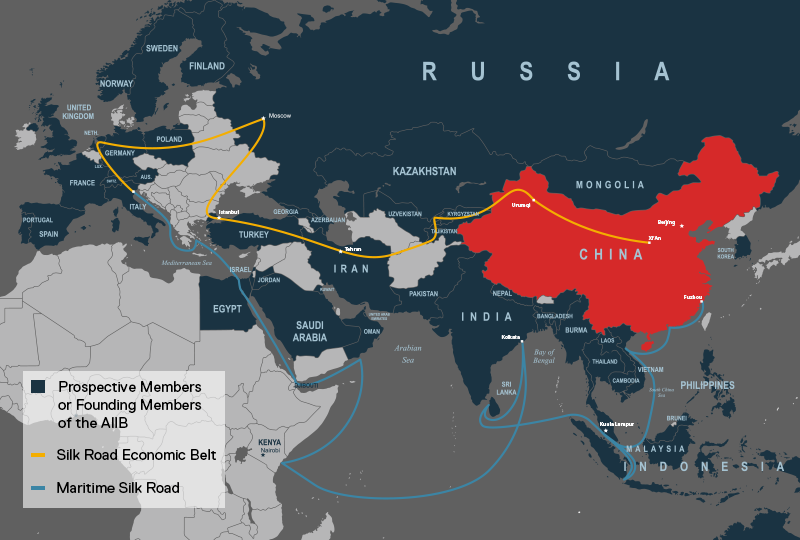